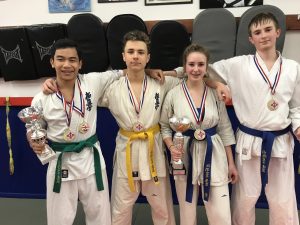 Crawley took both Junior Team national titles at the weekend with some great performances from our U16 section. The +155cm team of Bart Procter, Mikolaj Zabawa, Mia Hawkins and John Cross defeated Docklands, Wimbledon and Loughborough before having a tough but successful final with Cardiff. 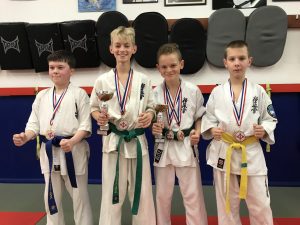 In the -155cm teams Charlie Lee, Charlie Denton, Ashley Black and Elvin Vaskeys were also victorious defeating Mountain Ash A, Westcroft A and Cardiff once again in the final. 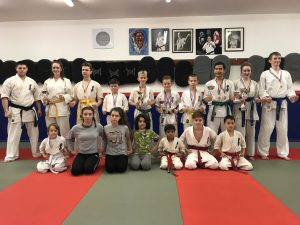 In the Individuals Mia Hawkins took the low grade girl gold in her first British championships. Bart Procter came 2nd in the +155cm Boys and both Charlie Denton and Ashley Black came joint 3rd in the -155cm boys.

Elvin and Mikolaj both made the quarter finals and it was also great experience for John Cross, Charlie Lee and Andre Loison Brito who were competing in their first major event. 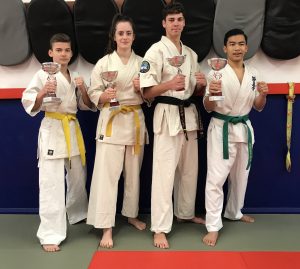 Well done to our youth fighters who took part in the Belgium Youth event last week in Antwerp. With participants from seven different countries the students representing England had great success.

Bart Proctor became U16 champion dominating his weight category winning all four fights comfortably. Denis Sorokins also became champion in the U13 section avenging a loss against his last opponent.

Bethany Salvi took 2nd place in the U18 category and Ame Sorge finished 3rd after having to withdraw with an eye injury from an illegal technique.

Robert Salvi also came 4th after fighting in a category with fighter of a much higher experience.

Both the England and Wales teams took a selection of trophies from this highly successful event.