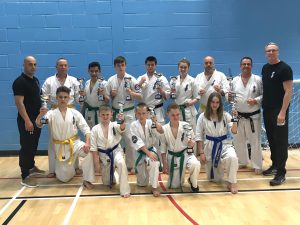 The Club had no fewer than six golds at the English Open in Dunmow this weekend along with a host of other medals.

Entering fourteen fighters Crawley achieved success in all categories ranging from Cadet, Novice, Adult and Veterans in this full contact and also in theU12, U14 and U16 fighting in modified rules for children.

Veteran Rob Young lost in his first outing to the eventual winner, Bethany Salvi could not fight as her opponent pulled out and Charlie Denton was unluckily too light for his weight category.

Thanks to Gabriel Barbu for assisting with he coaching and all the parents for organising the children. 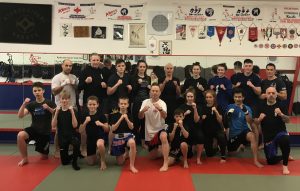 The dojo has fourteen competitors for the English Open on May 13th at Dunmow Sportscentre in what should be a good standard event with fighters from the BKK, WKO, IKK, IKKU, Seido, SJJ, IFK Ireland and Chikara International taking part.