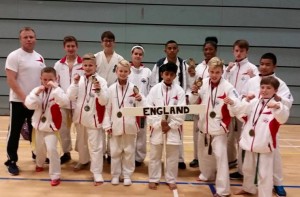 Crawley had four juniors selected to be in the England team selected to travel to Ireland to compete against Wales, Ireland and Switzerland.

Bart Chaisrisud was in the junior team who fought well but were defeated.

Crawley had six fighters in the tournament with Blake Collins, Tomasz Werczinski and Alec Bianes in the Novice categories and Dawid Ozga, Darren Chan and Richard Casella in the Open categories. 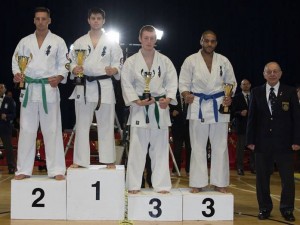 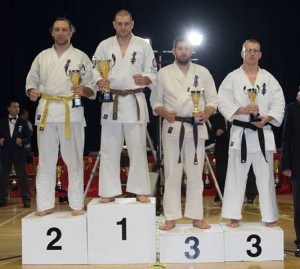 In the Open Category Heavyweight Richard Casella lost to KWU bronze medalist Roel Noordman of Holland in the first round.

Both Dawid Ozga and Darren Chan got to the quarter finals and lost to Russian opponents after drawing their bouts they failed the woodbreaking so were eliminated.

Crawley lightweight Dawid Ozga took part in the -70kg category for Great Britain in the KWU World Chmpionships. He defeated his first opponent Timur Chitanava from Abkhazia by waza ari with a punch then fought three tough rounds against Afghanistan fighter Hojat Samehzada. In the final round the judges had the fight level 2-2 so the referee decided the winner and  Samehzada went through to the semi finals 3-2. Since the event Samehzada has been disqualified for doping violations.