Teams from England, Wales, Ireland and the hosts Switzerland took part in Contact fighting for U18 and Points fighting and Kata for U16 last weekend in Kriens.

Tom Bradley took the -68KG U18 title in style winning his first two fights by Waza Ippons with Ushiro Mawashi Geri and Jodan Mavashi Geri, then he received a bye where his opponent withdrew. In the final he defeated the talented Robel Schonenberger of Switzerland by judges decision 4-0. 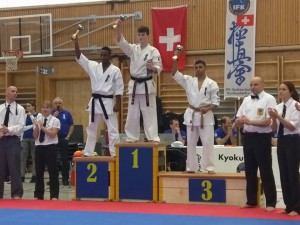 Crawley also had Bart Chaisrisud and Kobe Spinney Dibble in the U16 event. Both fought well and reached the quarter finals before being defeated in the points fighting division. 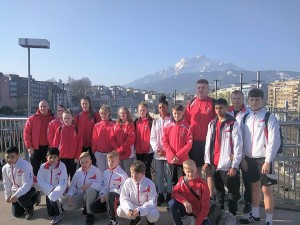 Crawley had eight students and two teams in the tournament this year and took 2nd places. 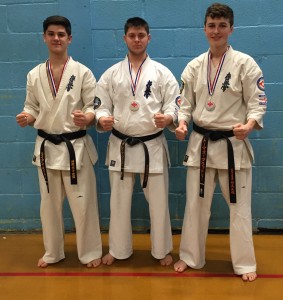 Our senior team of Senpai’s Blake Collins, Ryan Morter and Tom Bradley came close to retaining the title but were pipped by Cardiff for gold. Individually they all performed well but narrowly missed out on the medals. Blake was in 4th place with Tom 5th and Ryan 6th. 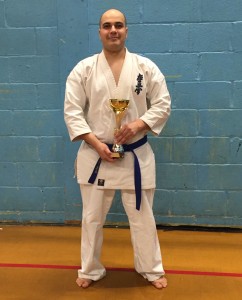