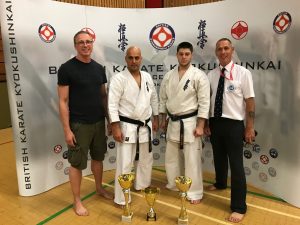 Senpai Blake Collins took his first Open Middleweight title by beating Sami Mehio of Hastings/Bexhill 4-0 in the final. Sami started strongly scoring with heavy low kicks but once Blake put pressure on his opponent he assumed control and was getting through with heavy combinations at the finish. 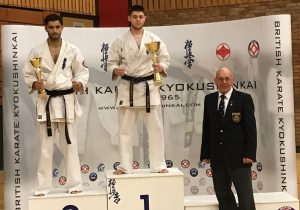 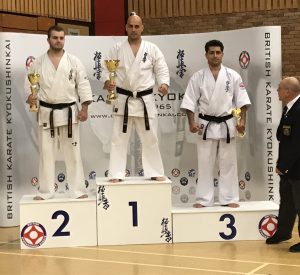