Dawid Ozga took 1st place in the lightweight of the BKK English Open defeating Welshman Spencer Bennett in a tough final. This was the 4th time in a row Ozga has taken a division at this event having previously won LW 2014, MW 2013 and cadet 2012.

Darren Chan came 2nd on a split decision in the middleweight and scored a nice jodan mawashi geri waza ari in the semi final. 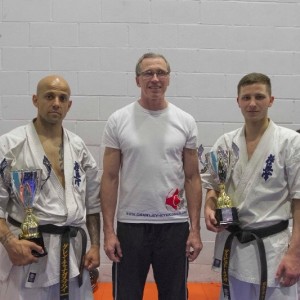