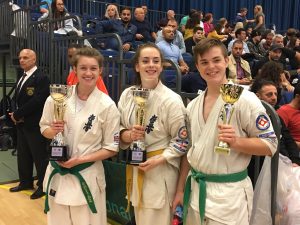 Bart Procter unfortunately lost his first fight and was feeling the effects of a cold whilst in the Cup of Europe Gabriel Barbu lost out to the Lithuanian winner in his opening bout and Blake Collins went out in the last sixreen against his Romanian opponent.